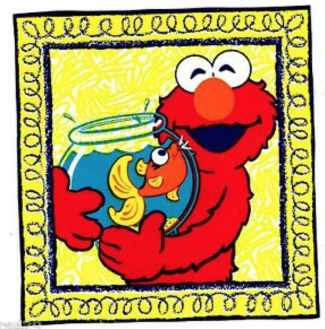 In today’s highly advanced and technological world, access to media through the Internet is not a challenge for any age group. Most children have their eyes constantly glued to a screen, whether that be a television, tablet, computer, or mobile device. Children are able to view their favorite television shows at any time of the day on their preferred social media platform. The days of having to sit in front of the t.v. at a specific time or using a VCR to record missed shows are a thing of the past. However, does an increase in accessibility and viewing time correlate to cognitive and language development among youths? This pilot study dissects episodes from the well-loved television show, Sesame Street, to analyze 9 features of child-directed speech strategically placed in the show to incite learning. Our data and results exhibit extensive use of Child-Directed Speech strategies to maintain (i) child engagement, and (ii) nurture child language development, all while avoiding certain features that diverge from the acquisition of Standard American English. This study examines the effectiveness of techniques and tactics employed by Sesame Street so that future research may compare other children’s television shows such as Blue’s Clues, Clifford the Big Red Dog, Arthur, and Dragon Tales to further explore the influence in language acquisition and development.

Children watch more television than ever. With new reports suggesting that children ages 2-5 spend up to 32 hours a week in front of a screen (Debczak, 2019), it only makes sense that television would have some effect on language development for these young minds. The “Peppa Pig Effect” recently made news when American parents found their children who watch the show speaking with a slight British accent and using certain British English terms (Debczak 2019). Sociolinguistically, as we are building our own identity, we are often influenced by the people around us. Ultimately, we learn how to express ourselves in order to fit in with those we like and aspire to be like (Podesva, 2011). The children watching television do the same by emulating the speech of characters from the shows they often enjoy, like Peppa Pig.

Created in 1969 by former documentarian Joan Ganz Cooney, Sesame Street was intended to be not only entertaining but educational as a children’s show. The show was created with the aim of helping lower-income 3-5 year-olds without access to preschool prepare for kindergarten, with the hope that the show’s bright colors and catchy songs would help viewers ultimately advance their speech and language (“Sesame Street” Debuts, 2009). The years leading up to a child’s beginning of school is a critical part of their language development. A child is developing in response to various stimuli (American Speech-Language-Hearing Association). This 5-year span results in varied experiences and therefore variations in the quality of language exposure, which in turn affects pronunciation, communication, and comprehension abilities (American Speech-Language-Hearing Association).

See also: Is my child on track linguistically? Take this quiz from the NIH!

The use of Child-Directed Speech is shown to aid in bonding with parents or caregivers, but also in language development in infants and toddlers (Green et al., 2010). CDS is a nonstandard form of natural speech when talking to infants or toddlers, is often slower, with more pauses and repetition, higher in pitch, more melodic and exaggerated, and may use simpler words than found in generic adult speech (Grin, 2016). Child Directed Speech also contributes to vocabulary development– recent studies have pinpointed key elements of CDS that are more likely to influence children’s word learning abilities: the use of the same words in adjacent sentences, the use of isolated words, and discourse continuity (Schachner & Hannon 2011).

In order to explore whether Sesame Street specifically exhibits positive language development traits through its Child-Directed Speech, we analyzed two selected episodes of Sesame Street: “Elmo’s Pretend School” (2006) and “Earth Day” (2019). These recent episodes have carried the traditional educational style of Sesame Street, therefore exemplifying ideologies and methodologies Sesame Street values in its teachings. We specifically analyzed conversations in lesson-based contexts and recorded the methods used to teach that lesson with a focus on 9 features of CDS: diminutives, 3rd person usage, simplified vocabulary, questions, exaggerated intonation, repetition, clear turn-taking, slowed pacing, and music. Most data was collected through simple manual transcription, however for certain features we recorded exchanges with formal conversation analysis techniques as well as the acoustic software Praat.

We aim to understand how Sesame Street uses Children-Directed Speech to keep children engaged and how the quality of it can possibly affect children’s speech as well. In order to measure the quality of CDS, we analyzed based on the methods used in “Specific Structural Features of Child-Directed Speech Support Young Children’s Word Learning,” by Jessica Feigenbaum Schwab. We focused on the prosody of CDS to examine how it engages the viewers while also looking out for repetition, slowed pacing, turn-taking and more to determine the quality of CDS. Sesame Street was created with the intention to help children develop communication skills, so we expect to find many high-quality instances of Child-Directed Speech– meaning a prominent use of CDS with high frequency of the foci listed above.

After collecting our data, we were initially surprised to find that not all 9 aspects of CDS were present in our excerpts of Sesame Street. We’ll break down each one here:

Diminutives are words that are changed or affixed to make them appear small, cute, or reduce their meaning, or to put that in diminutives, appear “itsy-bitsy,” “cutesy,” and “meaningful-ish” (Merriam Webster, 2019). Despite being very common in parent-child speech, we observed that Sesame Street characters use no diminutives, likely because the writers would not want to introduce children to words outside of the Standard American English lexicon.

The use of the 3rd Person is marked when a speaker refers to themselves without personal pronouns like “I” and “me”. Sesame Street uses the 3rd person fairly often, especially with their star character Elmo who exclusively refers to himself in the 3rd person. You’ll never catch Elmo saying the pronoun “I,” though many other puppets might.

Speakers using Exaggerated Intonation will raise and lower the pitch of their voice greatly within a single sentence to emphasize keywords. In Figure 3, we have an example spectrogram of Grover asking the rhetorical question: “Did you know that in some places, children ride camels to school?” The blue line shows his wild variation in pitch!

Most CDS uses very Simplified Vocabulary, but in our observations, Sesame Street doesn’t shy away from using some pretty hefty words! We caught Grover using words that most adults would rarely use including “plethora,” “myriad,” and “kit and caboodle.”

Repetition is incredibly common in CDS and in Sesame Street. In the show, we observed puppets overwhelmingly repeating or over contextualizing new words to help viewers learn their meaning. The video below showcases the introduction of new vocabulary, stethoscope, via repetition.

With CDS, speakers will often try to engage the listener with Questions. Big Bird likes to ask the viewer questions to invite them to practice their speaking skills.

Conversations will often adopt Slowed Pacing between adults and children so that children can clearly hear the boundaries between different sounds, words, and phrases. When introducing new vocabulary, Elmo, for example, likes to sound words out: It’s not just a “pediatrician”; it’s a “pe-di-a-trician” (see the video clip below)! Some characters, however, talk quicker than even most adults.

In every conversation, the roles of speaker and listener will switch off in what we call Turn-Taking. Sesame Street characters will have extra long pauses between utterances to give other puppets or the viewer time to respond, just like CDS use would predict!

Finally, Music and rhythmic speech are other clear ways that CDS tries to get the attention of children and also acts as a way of creating more solid memories. In Sesame Street, it’s rare to get through an entire segment without a puppet bursting into a musical number about the lesson they just learned.

Out of all 9 of these CDS features, diminutives and simplified vocabulary are the only ones we never found continued evidence of. Furthermore, the use of the 3rd person and slowed pacing were only consistent features for a select population of muppet characters. Otherwise, the other 5 features are heavily employed throughout the show to help foster an engaging language-learning experience.

Looking at an overview of the observations, we were able to find a general pattern that could explain why certain features were or weren’t used. Since the primary goal of Sesame Street is to prepare children for kindergarten, we found that the show often sacrifices certain CDS features that could possibly hinder a child’s development of standard language conventions used in school. Diminutives are out because if children use these very personal words in school, their teachers and peers may not understand what they’re referencing. Not using an overly simplified vocabulary also exposes children to situations where they don’t know what a particular word means, something that often happens in early schooling. The techniques Sesame Street does use tend to be more about supporting understanding of new concepts by making speech extra clear. The use of CDS is able to maintain a child’s engagement while also exemplifying nurturing language development activities, therefore we expect the show to have a positive impact on children’s language development in this context.

As for further use of our research, we plan to conduct similar analyses on similar television programs including Blue’s Clues, Clifford the Big Red Dog, Arthur, and Dragon Tales to establish a comparison matrix. By investigating the varying uses of Child-Directed Speech in each, we hope to find which television shows do a good job of fostering language development…and which ones fall flat.

See also: Ready to read? 11 shows to improve your child’s literacy. You’ll never guess what #7 is!

Diminutive. In The Merriam-Webster.com Dictionary. Retrieved December 9, 2019, from https://www.merriam-webster.com/dictionary/diminutive

Speech and Language Services in Schools. (n.d.). Retrieved from https://www.asha.org/public/speech/development/Speech-and-Language-Services-in-Schools/.