The study was performed in hopes to explore the difference in the function and purpose of the usage of phatic talk, especially in the aspect of socialization during interaction amongst two large new streams of populations at UCLA: Transfer and Freshmen students. The sample population was randomly selected at the study lounges where the two groups are most concentrated and interviewed students from each group with the same set of questions that allows enough flexibility for the students to express their feelings, opinions, or to interact with the interviewer as in day-to-day conversation. The interview was recorded to further perform statistical analysis on turn-taking, time taken with each question, and of other stylistic aspects of the interviewee’s talk. Results show significant differences and there can be many potential explanations and causations for the differences. The analytical results could reflect the difference in the sociability of the two groups and the likelihood for students of one group potentially use phatic talk as a tool to build their social networks while the other group demonstrates less tendency for such behavior. Although there is no clear evidence for such correlation, possible connections between phatic talk and sociability for the two groups are revealed in the results of our study. 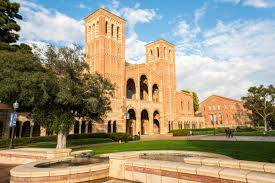 It is said that college is the time where you will meet your lifelong friends. When you socialize in college, you open a door that allows you to develop relationships that can support you in academic and emotional ways. A very common type of talk used to begin the start of any relationship is a linguistic term called phatic talk.

Phatic talk, or simply in layman’s term, small talk, is a form of communication that has a social function rather than an informative function. In other words, the phatic talk focuses on establishing a mood of sociability. Instead of centering the conversation on heavy and controversial topics, phatic talk considers lighter and more enjoyable topics such as the weather, sports, or common interests.

The demographics in college students are categorized by what year in college they are in, first-year, second-year, and so on. This study particularly focuses on the usage of phatic talk between first-years and transfer students. Comparing the differences in communication between these two subject groups is since they come from different educational backgrounds in which transfers have 2 or more years of the college experience and first-year students don’t have any college experience at all. The differences in experience and thus differences in maturity can result in different levels of phatic talk used amongst the two groups.

In order to collect data from our two chosen demographics, we had two of our teammates look for participants in lounges of dormitories on the UCLA campus. The majority of transfer students were found in Rieber and the majority of first-year participants were from Dykstra. Ten subjects from each group for a total of twenty students altogether were interviewed.

To gather samples, we voice recorded the small talk interviews with the consent of all those who participated. For each set of conducted interviews, five preselected questions were asked to establish more uniformity in our data. We aimed to choose questions that were more open-ended to give participants personal agency in how much or how little they spoke.

Tip: How To Skip The Small Talk and Connect With Anyone

The two data collectors were careful in trying to keep a consistent demeanor across each case of interviewing in order to keep more consistency in the interpersonal task at hand.

After collecting all the audio samples, each team member listened to and analyzed the samples for specific characteristics: these included the amount of words, filler words, turn-taking, and amount of time needed to answer the question. Each characteristic was recorded quantitatively by how frequently it showed up in each audio sample or by their respective amounts (like for word count or time needed to answer a question). The amounts for each speech category were recorded and averages were calculated for each question asked between the two demographic groups. We employed statistical tests to analyze our results and used a two-tailed T-test to test for a significant difference between the two groups.

With the raw data collected, we calculated the averages for first years and transfers across each question within each category.

From our statistical analysis, we found there to be significant differences in almost all the questions asked between the two groups across the various characteristics analyzed. Significant difference tests were done across each question for each linguistic trait. For the example of fillers (words such as uh, um, er, hm) the p-values that were calculated for each question were below the 5% significance level. This pointed to a significant difference in the number of fillers used by freshmen and transfer students. So overall, we found that the number of conversational behaviors was different across the two groups.

As seen by our graphs across the different questions and categories, it appears that quite drastic differences exist between freshmen and transfer students. However, what appears to be a difference is not always enough to conclude on, therefore we use our two-tailed t-test to verify that the differences noted were significant.

Due to the statistical tests used, we as a team could only state that differences exist in the quantity of our chosen conversational characteristics between freshmen and transfer students here at UCLA. As the saying goes, correlation does not infer causation, we could not pinpoint reasons as to why these differences were found between the two student groups. However, we looked into possible hypotheses that could explain the results we found. Some possible explanations include differences in maturity/ difference in life stage, as the statistical results show a significant difference between the two groups when asked a task-oriented question. Which could be due to the older group has had more experiences with similar situations, and also can gather their thoughts to provide a concise answer. Based on the interviewers’ experience with the two groups of students, the difference in their maturity was revealed during the interaction. Most Freshmen were not clear on their career goals and what they ultimately will do with their majors, as career and job are not a major consideration for their age group. Transfers, on the other hand, were specific with their career goals and are in majors that align with their future goals as they will be going into working fields soon after they graduate. Other than maturity/difference in life stage, sociability could also contribute to the results of our study. College is a relatively new environment for Freshmen who just completed high school while Transfer students have had experience with the college for at least two years, which could lead to great curiosity and the desire for Freshmen to explore such a new environment and to meet new people. Also, the high school environment is very different than community college in the students’ sociability within the schools. Students at community colleges can range from the age of 18-45, with such an age difference, the students at community college are less likely to socialize at school and are adapted to the independent way of studying without having many affiliations with school or other students. On the contrary, high school is concentrated with students within the same age group thus makes it more feasible for students to build connections and thus socialize within the school setting. There are other possible reasons for their sociability and can vary on individual levels; however, such a large statistical difference between the two groups indicate there is an undeniable difference in the way the two groups communicate with others and perform verbal tasks regardless of the underlying contributing factors that can potentially account for the differences.